Lia Huber believes you don’t have to be a chef or “foodie” to cook fabulous-tasting food and you don’t need to be a nutritionist to make healthy choices. She is the author of NOURISHED: A Memoir of Food, Faith and Enduring Love (with Recipes). In 2009, Lia founded NOURISH Evolution to empower people to make the shift from processed food to real food in real life. Lia is also a widely-published writer and recipe developer for magazines like Cooking Light, Prevention and Health, and speaks frequently on television and in person to rally others to the NOURISH Evolution.

Lia is the author of NOURISHED: A Memoir of Food, Faith and Enduring Love (with Recipes), published October, 2017 by Convergent, an imprint of Penguin Random House. In addition to being founder and CEO of NOURISH Evolution, Lia Huber is a widely published writer and recipe developer for top national food magazines, including Cooking Light, Better Homes & Gardens, Prevention, EatingWell and Health, and is launching her web TV show, Real Meals with Lia. She also teaches at venues like Rancho La Puerta Resort and Spa and appears frequently on television, including ABC-TV in San Francisco and LiveWell Network.

In 2012, the International Association of Culinary Professionals named her Entrepreneur of the Year for her work with . Lia started her company to empower people to make a lasting shift from processed to real foods by moving through the five stages of the NOURISH Evolution, while inspiring a mindset that allows them to fully embrace all the benefits of doing so.

She has consulted on branding, messaging and marketing for companies like British Airways, Earthbound Farm and Spectrum Organic Products for over 15 years, and coached individuals and small businesses on creating and launching their own authentic brands. With , she has crafted corporate partnerships with companies, such as Jovial pasta and Fetzer’s organic label, Bonterra Vineyards, where she is their chef and “organic life aficionada.”

Lia has an MBA from University of Florida, a BA in Communication with a minor in French from Tulane University, and studied at the Sorbonne in Paris and the Culinary Institute of America Greystone in Napa Valley. She has served on the board of Slow Food Sonoma County and as the Chair of the Food Writers, Editors and Publishers section of the International Association of Culinary Professionals, and is currently an honorary member of the board for Common Hope. 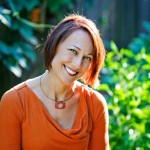 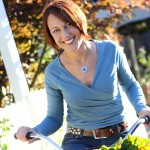 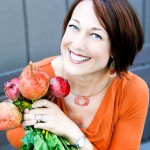 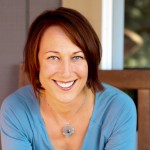 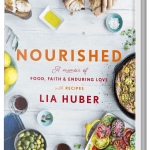 January, 2014 – Lia featured in the Press Democrat on healthy tips for the New Year

January, 2014 – Lia profiled for Blue Apron article on making the switch from dieting to a healthy lifestyle

August, 2012 | Lia featured in an article in the Santa Rosa Press Democrat on heirloom vegetables

April, 2012 | Lia teaches “Business Basics” at the annual conference of the International Association of Culinary Professionals. ** Wins Entrepreneur of the Year award **

March, 2012 | Lia appears on ABC’s 7Live for a honey segment on behalf of Better Homes and Gardens

June, 2011 | Lia presents on “Beyond Blogs” at the annual conference of the International Association of Culinary Professionals

May, 2011 | NOURISH Evolution named the “Site to Search” in Better Homes and Gardens “Know How” section

February, 2011 | Lia makes her Mushroom Farrotto with Butternut Squash and Shallots on Good Cookin’ with Bruce Aidells on the LiveWell Network

January, 2011 | Six-page feature interview/article on Lifescript.com on how Lia manages fibromyalgia with the Nourish lifestyle

October, 2010 | Lia’s makes her Kale and Feta Tartines on Good Cookin’ with Bruce Aidells on the LiveWell Network

September, 2010 | Lia interviewed and featured for the FRESH: The Movie blog series “Women Nourish Us”

July 22, 2010 | Lia talks with Spencer and Janelle (and cooks Curried Mussels) about how to source sustainable seafood on ABC’s View from the Bay

April, 2010 | Lia presents on “Hands-On Social Networking,” “Blogs and Beyond,” and “Building Your Brand” at the annual conference of the International Association of Culinary Professionals

December 16, 2009 | Lia on ABC’s View from the Bay with tips on Feasting without Frenzy

November 13, 2009 | Lia on ABC’s View from the Bay talking about how to create a nourishing Thanksgiving

September 9, 2009 | Lia on ABC’s View from the Bay with a Carb Lovers’ guide to nutrition, on behalf of Cooking Light magazine

August 25, 2009 | Lia on ABC’s View from the Bay on making healthy lunches for kids fun, on behalf of Cooking Light magazine